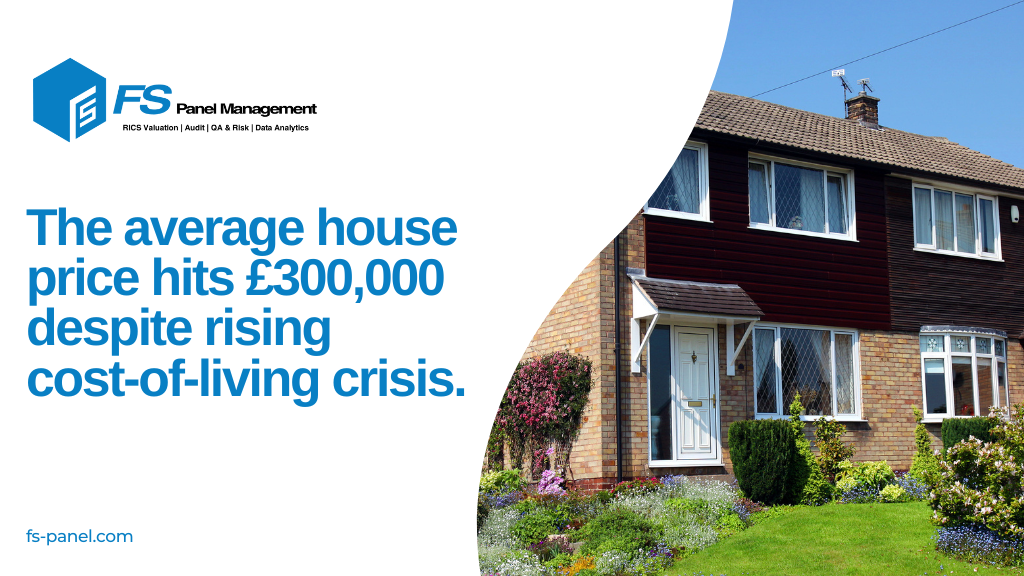 According to the latest HM Land Registry data, residential property prices increased by an average of 0.9% in August.

Although UK house prices increased between July and August 2022, annual growth slowed due to a sharp rise in August 2021 after stamp duty holiday changes.

Response of the industry

Chris Druce, senior research analyst at Knight Frank, said: “The economy has covered a lot of mileage since August. Even so, a 13.6% increase in annual house prices is indicative of the distortions caused by the stamp duty holiday, the main part of which ended in June 2021 and artificially depressed transactions volumes in the months after.

“With inflation returning to a 40-year high of 10.1% today, it remains a question of how much the Bank of England raises interest rates by next week, not if.

“With rates having accelerated further since the government’s mini-budget last month, current activity in the housing market is being shaped by mortgage status. Those that can are pushing on and securing deals ahead of further increases, while others have paused plans to digest events.

“With affordability set to be a growing barrier for many homebuyers in the coming months, we forecast house price growth will slow from here with price falls in 2023.”

James Forrester, MD of Barrows and Forrester, commented: “While the UK government may be a laughing stock, the UK property market is far from it and continues to move forward at pace despite the chaos that has unfolded across the wider economy.

A commitment to cutting stamp duty will certainly act as the cherry on the cake for many homebuyers, but it’s their continued ability to borrow in order to buy that will keep the cogs of the property market turning.

As it stands, they remain more than able, with the majority of lenders still offering a great level of products at what remain favourable rates. With stability now returning to the gilt markets, we can expect the mortgage sector to level out after what has been a rough few weeks and this will ensure the market remains in good health over the coming months.”

Frances Clacy, research analyst at Savills, said: “Annual UK house price growth slowed to 13.6% in August, down from 16.0% in July 2022. Despite economic headwinds starting to gather towards the end of the summer, house prices still increased by 0.9% between July and August 2022, and values remain at a record high.

“CPI data also released today points towards double-digit levels of inflation (10.1%), up from 9.9% in August and returning to the recent high recorded in July, squeezing consumer’s savings further.

“Whilst Jeremy Hunt’s announcements on Monday go some way in reducing Government spending and has brought back some degree of certainty to global financial markets, the details of how the energy price guarantee post-April 2023 remain to be seen. This means the medium to longer-term outlook for inflation remains uncertain.

“As such, the Bank of England will likely still need to increase base rates to bring inflation back to their 2% target, albeit this could be at a slower pace. With mortgage rates still expected to creep up and lenders remaining cautious, transactional activity is likely to slow and we anticipate price growth to continue easing over the remainder of 2022.”

Kate Davies, executive director, IMLA, commented: “The data should reassure homeowners of the resilience of the housing market, with prices remaining high. Having said this, there are numerous predictions that point to a decrease in prices in the coming months.

“The current cost of living crisis, along with record petrol and energy prices, rising inflation and tax rises mean most households are wary of moving up the ladder, putting a dampener on the extreme house price growth seen in recent years.

“While there have been recent talks of a ‘crash’ in the media, there is certainly no need to panic – property is a long-term investment and prices have always risen after short-term falls.

“However, housing supply still remains a pertinent issue, and something that the new Government needs to set out a clear plan to address. Housebuilding is still well below the set figure of 300,000 a year that is needed to meet demand.

“The government made it very clear that it had no intention of prolonging the Help to Buy scheme, which closes to new applicants at the end of this month, but the alternative schemes which have been developing to replace it cannot match the volume of demand.

“The added burdens and challenges on first-time buyers which have become evident over the past few months and weeks are going to require fresh government thinking on how to help FTBs and how to kick-start new-build.”

Andy Sommerville, director at Search Acumen, said: “The rise in house prices for August may be the last we see for some time as consumer confidence hits the breaks. We’ve seen Rightmove note overall buyer demand has slumped 15% compared with the same fortnight in 2021, indicative of a cold winter ahead.

“If the new mood music from the Treasury can reassure global financial markets, this should ultimately reduce the ceiling on future increase rate rises from the Bank of England. But in comparison to the last decade, elevated mortgage rates are going to be a fact of life for the foreseeable future, which will inevitably impact supply and demand.

“With mortgage offers at risk of being revised or withdrawn, there will be more pressure than ever on the wheels of the property transaction process to turn smoothly and swiftly to get transactions over the line.”

“August’s slowdown in house price growth will have been a slight relief for first-time buyers,” said Simon McCulloch, Chief Commercial & Growth Officer at Smoove, though he said this is not indicative of the full picture as of now:

“Fast forward to today and the recent political instability, alongside market volatility and high interest rates, means first-time buyer affordability is even more squeezed. It will be interesting to see if there is a further dip in next month’s figures. The stamp duty tax cut being maintained though should help provide some reassurance and encourage those who are still able to move to do so. A shortage of housing market stock will also continue to underpin house prices.”