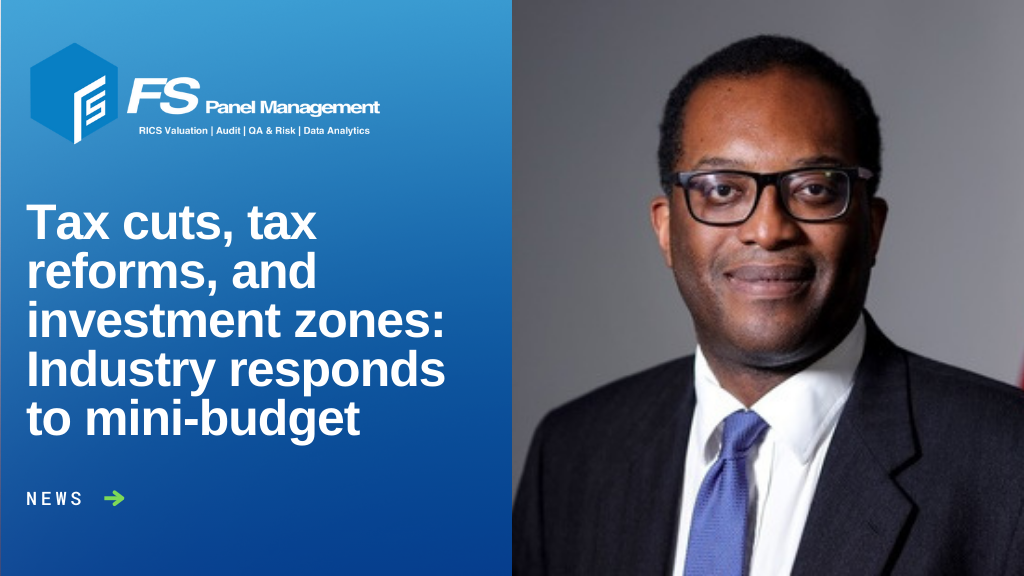 In a budget described by JLL UK chief executive Stephanie Hyde as anything but mini for real estate, Chancellor Kwasi Kwarteng promised the government would introduce a planning and infrastructure bill to reform and “unpick the complex patchwork of planning restrictions and EU-derived laws that constrain our growth.”
Among the measures Kwarteng outlined in his mini-budget on Friday were plans to cut stamp duty permanently and establish low-tax investment zones where planning rules will be liberalized and land will be released.

The chancellor called the current planning system “slow and fragmented”, and promised to introduce a new bill to “streamline a whole host of assessments, appraisals, and endless duplications and regulations”.

According to Kwarteng, the government is in discussions with 38 local and mayoral combined authority areas in England about setting up investment zones that offer tax breaks for businesses.

As a result, he said, more land will be available for housing and commercial development, declaring that “to level up, we must unleash the potential of the private sector”.

“We are getting out of the way to get Britain building,” he told Parliament.

“We can announce that in the coming months, we will bring forward a new bill to unpick the complex patchwork of planning restrictions and EU-derived laws that constrain our growth.”

As a response, BPF’s Melanie Leech said the government had “unveiled a bold ambition for growth, with ‘Get Britain Building’ at the core”.

“We await the detail but today’s announcement on planning reforms in investment zones sounds promising, and if properly resourced in local authorities should deliver more investment in homes across the country in places that are bidding for investment zone status.”

Stephanie Hyde, chief executive, JLL UK stated: “Today was anything but a mini-budget, with stamp duty cuts and investment zones each significant in their own right.

“The introduction of investment zones demonstrates a continued focus on tackling regional inequalities and levelling up, and reinforces the significant role that the real estate sector can play in the country’s economic growth.”

The industry, however, has warned that doubling the threshold for stamp duty land tax to £250,000 could actually damage the economy.

Stuart Law, chief executive of the Assetz Group, said the stamp duty cut (SDLT) would “give with one hand and take away with the other”.

“An SDLT cut is going to stimulate demand further at a time when it is already vastly outstripping supply and that’s only going to send prices one way.”

James Hyman, head of residential at Cluttons, said the change would have “minimal effect given it is well below the UK’s average house price” and called the announcements “disappointing”.

William Matthews, partner in Knight Frank’s capital markets team, said the announcements were “relatively light on measures to stimulate growth at a fundamental level”, while Daryl Perry of Cushman & Wakefield said they would ultimately make affordability issues worse in the long term.

The government also came under criticism for inertia on business rates, with Keith Cooney, head of business rates at Knight Frank, among those saying: “Businesses will welcome the plethora of tax cutting measures announced this morning but will also be concerned that the expected increase in business rates next year was ignored.”

As part of the mini-budget, a series of tax cuts and economic measures were announced, including lowering the basic income tax rate to 19p and abolishing the top rate of tax for higher income earners (except in Scotland).