Inflation drops to 9.9% while average house price rises by 15.5% 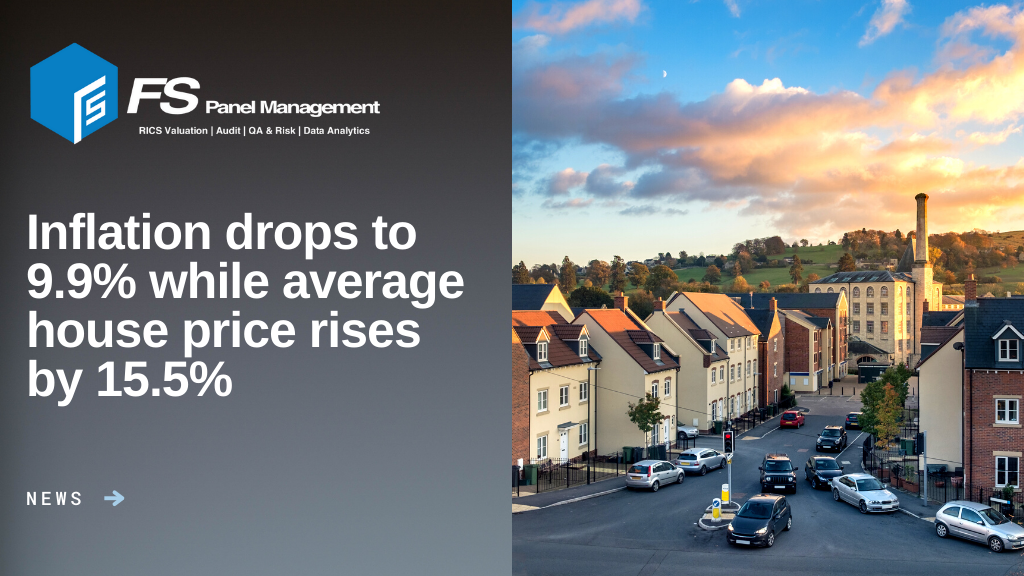 A fall in the price of motor fuel contributed the most to a decrease in both the CPIH and CPI annual inflation rates between July and August. Food prices, which contributed most to the change in rates, partially offset this.

Inflation and HPI figures from the ONS are reviewed by industry experts:

“Just when you thought a slowdown was coming, the housing market accelerates back into overdrive.

“The rapid cooldown in prices predicted by many economists has simply failed to materialise.

“In fact, quite the opposite appears to be happening, and what’s increasingly clear is that the housing market and the broader economy do not always move in sync.

“With tax cuts expected in the coming days, many experts may find themselves urgently revising their forecasts for the remainder of 2022.”

“This unabated growth in house prices, combined with affordability challenges and spiralling debt prices, means the average household is having to reconsider its house purchase decision for the coming months.

“House price growth reflects and affects consumer confidence; successive interest rate rises and talk of a recession are expected to slow down demand for buying properties in winter months, as in summer tends to be the peak in terms of pricing.

“Even with unaffordable house prices, we all need a place to live, so we expect demand will shift from buying to renting, which offers more flexibility.

“Unfortunately, the shortage of good quality supply of rental properties doesn’t help the situation; there’s an urgent need for the government to look at controlling debt prices and consumer affordability, while at the same time for professional landlords to start offering safe, affordable and quality rentals for the UK market.”

“Rather unexpectedly, CPI inflation fell in August to 9.9% — now that the energy price cap has been reduced by the new government to £2,500 from October, inflation is expected to be dampened to some extent.

“However, this is almost twice as high as this time last year when the energy price cap was set at £1,277, so many people are still experiencing significant increases in their cost of living.

“It is inevitable that the Bank of England will raise base rate next week, the question is by how much?

“Whatever the increase, let’s hope it’s sufficient to help contain inflation and avoid tipping the base rate environment into territory not seen for 14 years.”

“House prices tend to rise where there is demand combined with lack of stock and these figures illustrate that.

“What we are seeing now are those pressure points of rising interest rates and the cost of living which haven’t yet been factored into transactional flow — purchases which completed in July would have been agreed in April, when many would have been blissfully unaware as to what was to come.

“This price growth is unsustainable because of the impact of affordability and what buyers are willing to pay for a mortgage.

“This, in turn, will have a dampening effect on values, which could be the tipping point for the market.”